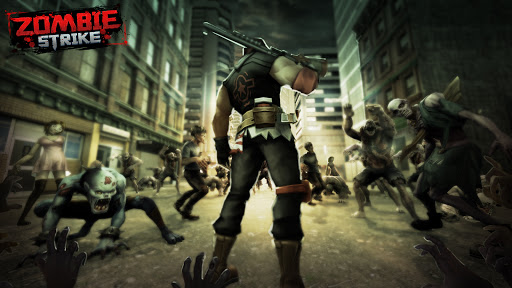 Zombie Strike : Last War of Idle Battle (AFK RPG) APK Description: Gather a team of fighters who survived the Zombie Armageddon. Fight against thousands of the walking dead. Hire heroes with the unique abilities and weapons. Build-up a well-balanced team, experiment with squad formation, power up and upgrade your heroes. Collect and spend your resources wisely. Challenge players from all over the world on the Arena and fight for the survival of the humanity.

【Tons of Gameplay】
Stage search, resist zombies to obtain supplies, it’s the only way to survive when doom comes!
Tower of doomsday, challenge the monsters level by level!
Brave raid, a path that you can’t retreat, the failure is death!
Mysterious crystal, transformation institute, enjoy your game!

【Brotherhood】
Mutual assistance, send hearts to your friends! Friends don’t let each other wander in the dark alone!
Fight in the arena, only the strongest can lead companions to survive in the competition!

【Cooperative Guild】
Create a guild with your friends and lead your guild to supremacy!
Fight alongside other guild members, challenge the guild Boss, obtain great rewards!
The powerful guild tech can make you stand out in battles!
The exciting guild war, challenge other survivor camps, fight for glory!

Email us at [email protected]

Do you want to know more about Zombie Strike : The Last War of Idle Battle?
Follow us on Facebook to get news, updates:
Facebook : www.fb.com/zombiestrikeRPG
1. Add a new 5-star hero Taki.
2. Add Survival homeland visit function, unlock when the main base reaches level 8.
3. Akasha can be redeemed from Monthly Event Shop now.
4. Comprehensively strengthen the skills and talents for Skarner
5. Add seed player mechanism in Cross-server league
6. Add new difficulty Annihilation in Campaign
7. Add World boss ranking rewards, and will rotate the bosses of 4 factions